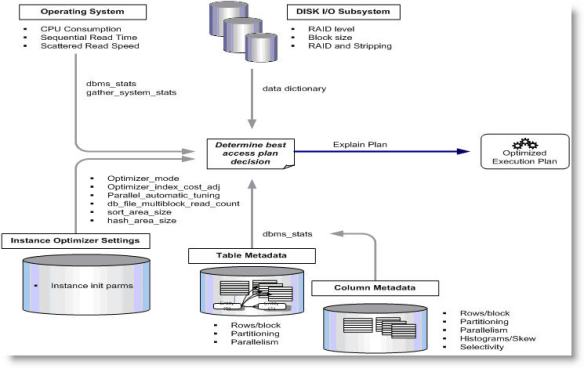 A SQL query or statement is tasked with fetching the required information from the database. While the same output can be gained from different statements, they are likely to work at different performance levels.

The difference in performance output makes a lot of difference because a millisecond of lapse in query execution can result in huge losses for the organization. This makes it extremely necessary to ensure the best statement is being used, which is where optimization in SQL is considered.

#1: What is Query Optimization in Databases?

Query optimization in databases is the general process of picking out the most efficient way of obtaining data from the database i.e. carrying out the best query for a given requirement. Since SQL is nonprocedural, it can be processed, merged, and reorganized as seen fit by the optimizer and the database.

The database enhances each query on the basis of various statistics gathered about the information fetched from it. On the other hand, the optimizer selects the optimal plan for a query after assessing different access techniques including index and full-table scans. Various join methods and orders are also used along with certain probable transformations.

#2: What is Query Cost in Optimization?

Query cost is a metric that helps examine execution plans and determine the optimal one. Depending on the SQL statement and the environment, the optimizer sets an estimated numerical cost for every step throughout potential plans and considers an aggregate to derive the overall cost estimate for it.

The total query cost of a query is the sum of the costs incurred at every step in it. Since query cost is a comparative estimate of the resources needed to carry out every step of an execution plan, it doesn’t have any unit. The optimizer picks out the plan with the least cost projection once it has completed all its calculations of all the available plans.

#3: Is Query Cost the Best Way to Judge Performance?

In a word: No. Why? Although query cost proves useful in comprehending the manner in which a specific query is optimized, we must bear in mind its main goal: helping the optimizer select decent execution plans.

It does not offer a direct measure of parameters such as CPU, IO, memory, duration that are significant to users waiting for a statement to finish running. In other words, a low query cost won’t necessarily mean the plan is optimal or the query in question is the quickest. Similarly, a high query cost can prove more efficient in comparison, which is why it is not recommended to depend too much on query cost when considering performance.

Being a CPU-intensive operation query optimization in SQL takes a lot of resources to determine the best plan among the ones present. Time also needs to be factored in here as the user may not always have the time it may take for this entire process to take place.

Therefore, the resources required to optimize a statement, those required to run the statement, and the time it takes for all of this to be done with shouldn’t exceed each other.

Query optimization often needs extra resources, such as the addition of indexes. However, we can boost query performance by simply rewriting a statement to decrease resource consumption without further expenses.

This lets us save significant resources, money, and time (if a query optimization tool is used). Through query optimization in SQL, we can focus on specific areas that are causing latency instead of examining the entire procedure. In such cases, looking for sections that are taking up more resources will help us narrow down the search and fix issues more quickly.