SQL performance tuning is about saving you a great deal of money by improving various aspects of database management. Be it changing inefficient queries or replacing unnecessarily large indexes, tuning your database can really help you regulate your expenses.

SQL tuning will not only improve MySQL database performance, but it will also help you save multiple resources, whether you operate your database servers on-premises or migrate your data over to the cloud.

A majority of database professionals mostly focus on ensuring uptime by keeping tabs on the allocation of resources such as storage and memory. These formed a sizable portion of database management until companies started moving their databases to enormous cloud resources like AWS and Azure.

This gave importance to other aspects like performance tuning in SQL, which DBAs work on once they ensure that things are running somewhat smoothly. However, a lot of database professionals may have to tweak a SQL Server that they aren’t familiar with, and there’s not much help available for such instances.

It can get intensive trying to figure out all the issues and resolving them one after another. At first, your problems may not even involve the optimization of SQL queries, and you may begin your search at the user/session-level.

What some professionals do at this point is, they listen to the users and ask questions such as –

Improve MySQL Database Performance in SQL Server with These Tools

Fortunately, SQL Server has multiple features that can help you improve MySQL database performance with greater convenience. Some of them are –

Plan guides enable you to adjust the way SQL Server executes a query, affecting performance. These are especially useful in case of queries written by another vendor, where some experts may not be willing to change them right away, as you can add a query hint to influence its operation.

However, plan guides may get obsolete over time because the scenario may change after a while but they cannot. To overcome this, make a note of reviewing them from time to time.

This feature helps in the optimization of SQL queries too. It allows the user to determine which queries are taking up the most resources, and then tune them. Apparently, the Query Store feature is not enabled in some SQL databases because the user rarely needs it at first, but enabling it is easy.

Some DBAs are not aware of the Query Store, while others know of it but haven’t explored it enough, so the feature may as well be disabled. They can begin its use once they know how it works so that they can analyze various performance fluctuations caused because of modifications in the query plan.

This function examines workflows and suggests indexes or other strategies to improve MySQL database performance. On the other hand, don’t run this tool until your database has sufficient data stored, as the recommendations are more productive at that point.

It won’t be as useful for a newer application that has, say, only a thousand rows in its tables, than after the app has expanded a bit.

Until now we have learned a lot about Oracle database and SQL performance tuning. Now, let’s discuss MySQL database performance tuning. Just like any other relational database, MySQL could also be a nightmare to many. It can crawl to a halt at a moment’s notice and in the next moment, you will find it leaving your apps in the lurch and your business on the line. The fact is, regular errors underlie most MySQL performance issues.

To ensure your MySQL server bustles along at great speed, providing consistent and stable performance, it’s imperative to eradicate such mistakes that are often confused by some subtlety in your configuration trap or workload. Just like any other performance tuning tips for Oracle database and SQL, MySQL too has some of its own performance tuning techniques that we have described in this blog. Let’s get started without wasting more words-

Fortunately, many MySQL performance problems have similar solutions which make both tuning MySQL and troubleshooting a manageable task.

Here are a few tips for getting great performance out of MySQL.

The best way you can understand how your server invests its time is to profile its workload. By doing so you could expose the most expensive queries for further tuning. When you issue a query against the server, you don’t have to care much about anything else except how quickly it completes. Therefore, time is the most crucial metric to consider here.

The most significant way of profiling your workload is using a tool such as MySQL Enterprise Monitor’s query analyzer. Such a tool is meant to capture queries that are executed by the server. Furthermore, it returns a table of tasks sorted by decreasing order of response time, quickly bubbling up the most time-consuming and expensive jobs to the top so that you can find where you need to put your efforts. Workload-profiling tools group identical queries together that allow you to find slow queries as well as the queries that are fast but executed multiple times.

For functioning, a database server requires four basic resources- Network, CPU, Disk, and memory. If any of these resources are weak, overloaded, or erratic, then the database server is most likely to perform badly. Recognizing these fundamental resources is crucial in two specific areas: selecting troubleshooting and hardware issues.

While you choose hardware for MySQL, you must ensure the components perform well all around. Just as essential, ensure to balance them reasonably well against each other. Often, businesses choose servers having fast CPUs and disks but that are starved for memory. In some cases, adding memory is a cheap way of enhancing performance by order of magnitude, specifically on workloads that are disk-bound. This might seem counterintuitive, but in various cases, disks are overused as there isn’t sufficient memory to hold the server’s working set of data.

Another good example of this perspective relates to CPUs. In most conditions, MySQL performs well with fast CPUs as every query runs in a single thread and can’t be parallelized across CPUs.

During troubleshooting, examine the performance and utilization of all the four resources with much care and determine whether they are performing badly or are simply being asked to execute excessive work. This knowledge can help solve issues instantly.

Queues and queue-like access patterns can sneak into your application without even letting you know. For instance, if you set the status of an item so that a specific work process can claim it before working on it, then you are ignorantly formulating a queue. Marking emails as unsent, sending them and then remarking them as sent in a common example.

Queues create problems for two big reasons: they serialize your workload which prevents tasks from being done in parallel, and they mostly result in a table that includes work in process as well as earlier data from jobs that were executed long ago. Both add concealment to the application and load to MySQL.

The best way of optimizing MySQL is to do imprecise, cheap work first, then the precise and hard work on the smaller that will result in a set of data.

For instance, consider you are searching for something within an assigned radius of a geographical point. The initial tool in many programmers’ toolbox is the great-circle (Haversine) formula. This will compute the distance along the sphere’s surface. The trouble with this technique is that the formula needs a variety of operations related to trigonometry, which are very intensive toward the CPU. Great-circle calculations tend to perform slowly and make the machine’s CPU utilization skyrocket.

Before you implement the great-circle formula, cut down your records to a small subset of the total, and scrape the resulting set to a precise circle. A square that comprises the circle either precisely or precisely is a simple way of doing this. That way, the world outside the square never gets hit with all those expensive trig functions.

Scalability isn’t as fuzzy as you may think. In fact, there are explicit mathematical definitions of scalability that are defined as equations. Such equations emphasize why systems don’t scale and why they should. Consider the Universal Scalability Law, a definition that is convenient in expressing and quantifying a system’s scalability qualities. It explains scaling issues in terms of two elementary costs: crosstalk and serialization.

Parallel processes that must hold for something serialized to take place are inherently limited in their scalability. Similarly, if such processes are required to chat with each other all the time for coordinating their work, they restrict each other. If you avoid crosstalk and serialization, your application could scale much better.

You are welcome to submit your support requests / bug reports to us by sending emails to support@tosska.com or by filling in the Support Request Form. However, before submitting such request, we recommend you to do the followings : 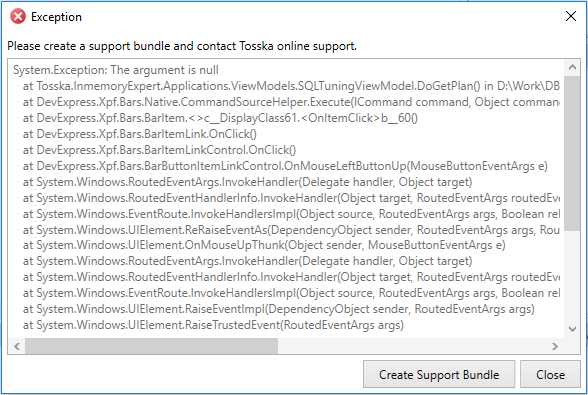 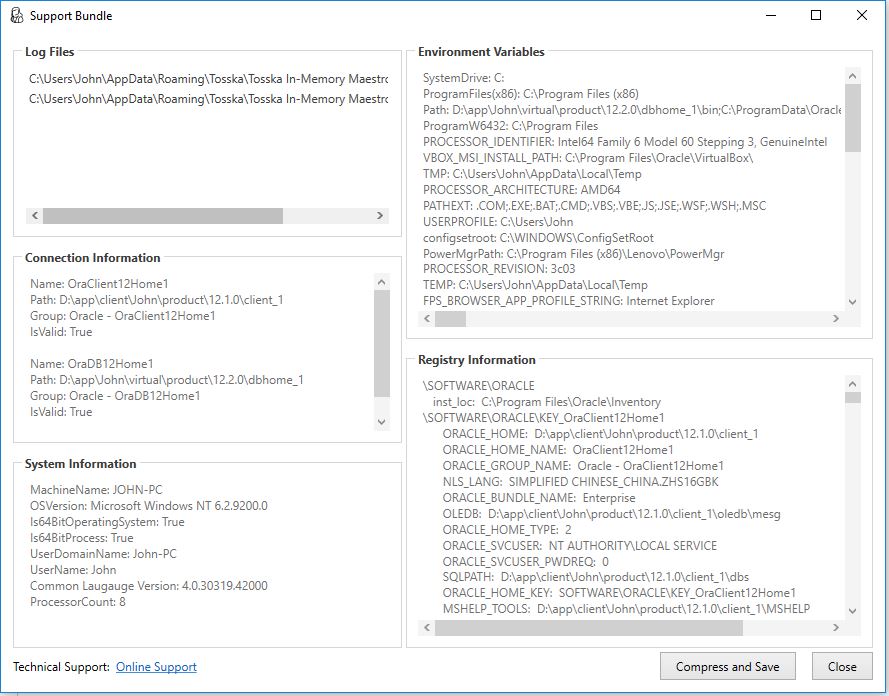